I have just draw my very first Fantasy Map. It was exciting to sit there and draw out my fantasy lands. Complete with towns, seas and mountain ranges. The perfect companion map world!!! 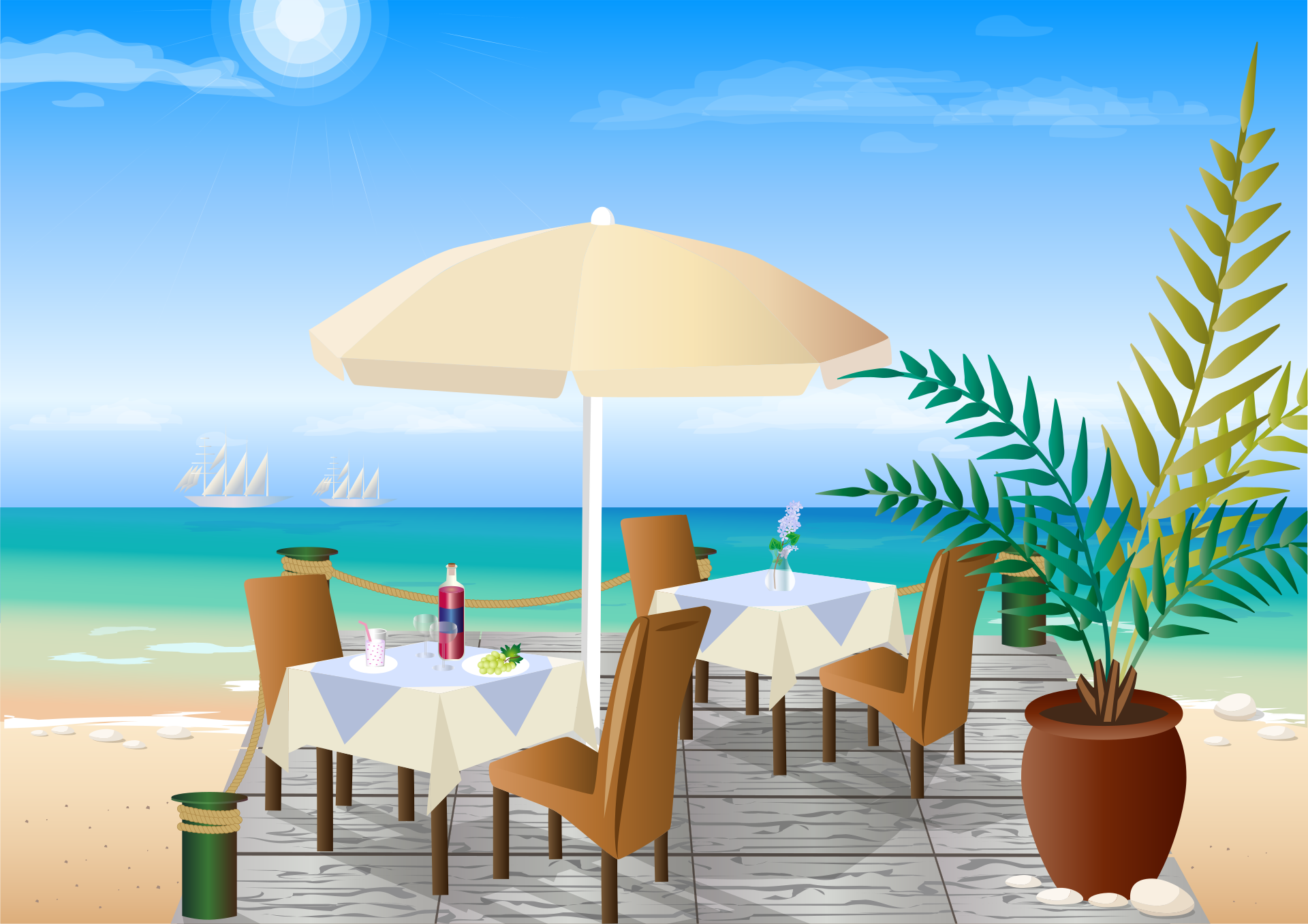 Anyone wanting to see a map of a fantasy world not yet found?

A world where people sing for a living?

Our first attempt at a fantasy map inspired us to draw the things from our past and we just loved creating it!

Here we present the "Acting Sea" and its islands.

These are so-called because of the songs made on each island by its people and animals.

Eventually, almost everyone started competing in a 10-day singing competition for best song of the year.

Read the Notes to discover their world and history.

Study the map, read the notes and hear the world's music. 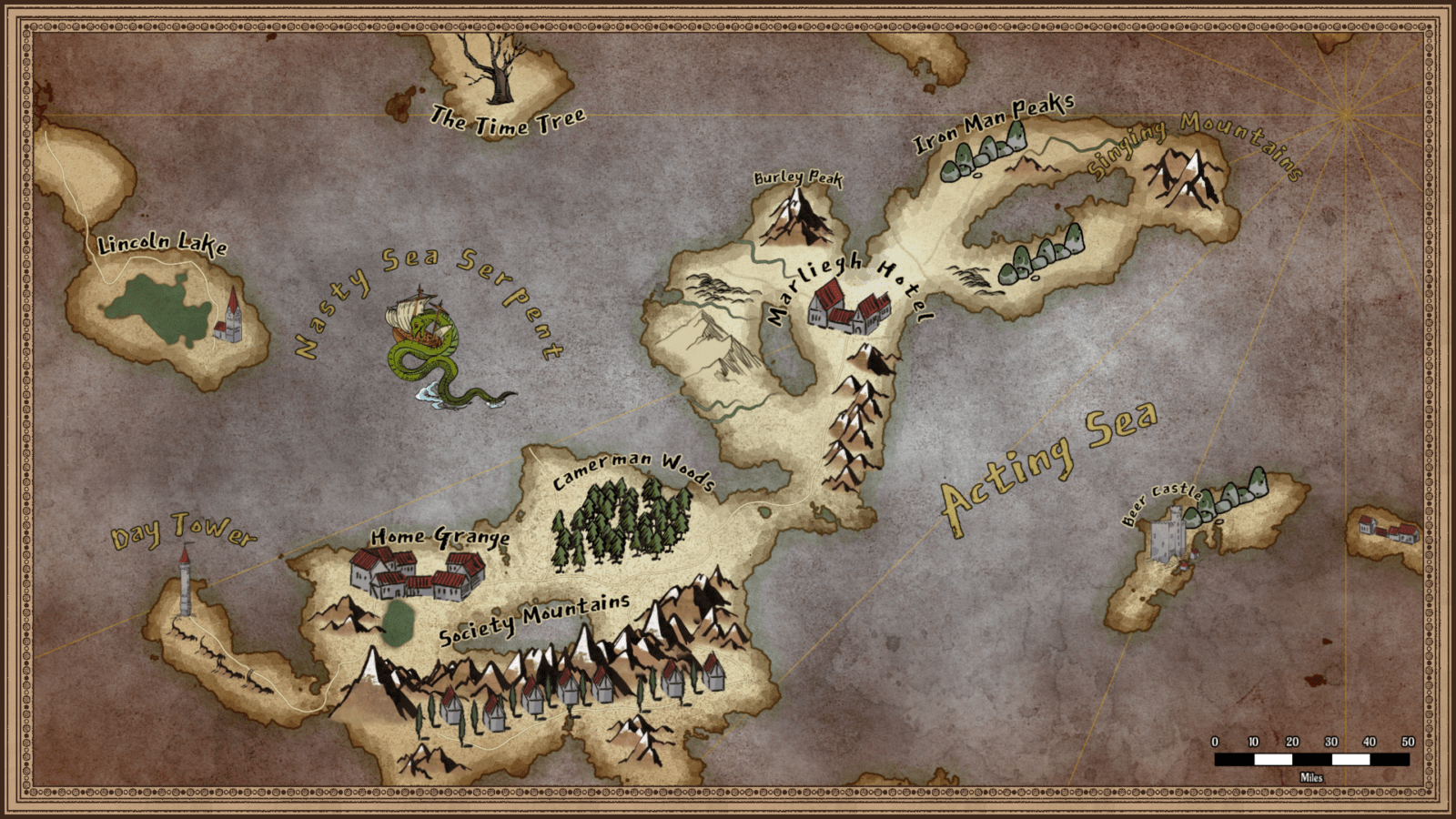 A Land Without Ends Through a ship, we travel light, As if to sleep, attract or mystify, Until our warmth reflects our eyes, We hope the land will recognise. The land does not smile but gives us hope, As we sweep into the coves and bays, As we dance amongst the hidden ruins, And gaze upon the empty streets. We will be guided by sweet smells, And listen to the tolling of bells, And wait until a cloud appears, To cover us and closeout ears. But the weather does not smile, And the land and roads do not bare, And the sea is rough around our toes, As we walk back down to harbour. And so it's as we never came, We take the ship and move past rocks, We want to think we've gained a stay, But off we travel light. This is a land without ends, We take it all and follow our hearts, We will be back again for sure, But for now we are not sweet friends. 3rd January 2020

A Land Without Ends

through a ship we light --

as if to sleep attract warmth

we hope the land smile

We received 3 Videos and 2 pieces of music from the north pole. After editing all together and adding the music this is what we...
By Mark Anthony
Tags | DAY | FANTASY | MUSIC | TRACK | VIDEO
world The XMAS Islands

We think we recently got a glimpse of the preparations for XMAS We had travelled far north. We discovered a set of islands in...
By Mark Anthony
Tags | FANTASY | MUSIC | TRACK | TRAVEL | VIDEO
world A Trip To A Future City

Anyone wanting to see a recent trip to a future city? Or a low-polygon empty buildings, trees water as something new and...
By Mark Anthony
Tags | FANTASY | STORY | TRAVEL | VIDEO
world A Lonely XMAS Village World

Anyone wanting to see a map of a fantasy world not yet found? A world where people sing for a living? Our first attempt at a...
By Mark Anthony
Tags | FANTASY | MAP
world A Revealing Distant New World

Anyone wanting to see an early world made entirely of hope? A low-polygon world full of plains, fields, water and grass? You may...
By Mark Anthony
Tags | ENVIRONMENT | FANTASY | VIDEO
world A Last Fight For Our Mother Earth

Anyone wanting to see the last madness of mankind and to want to change it? A low-polygon world with people disagreeing on the...
By Mark Anthony
Tags | ENVIRONMENT | FANTASY | VIDEO
world A Low Poly Animal World

Anyone wanting to see what a simple game engine can render? Perhaps a low-polygon world full of animals, buildings, fields and...
By Mark Anthony
Tags | ENVIRONMENT | FANTASY | GAME
world A Low Poly World

Anyone wanting to see a low-polygon world full of mountains, fields and clouds? Do you need to escape to a simpler, virtual...
By Mark Anthony
Tags | ENVIRONMENT | FANTASY | GAME
By Mark Anthony|2023-01-17T09:34:14+00:00May 6th, 2020|Categories: World|Tags: Fantasy, Map|
FacebookTwitterRedditLinkedInWhatsAppTumblrPinterestVkXingEmail
Page load link
This website uses cookies and third party services. By using our website, you agree that cookies may be placed on your device. See our Privacy Policy. Ok
Go to Top